This has very little to do with anything else, other than me discovering this and posting about it on Twitter:

I have many many questions, not least is that a SEAGULL in the background? pic.twitter.com/StVtH9zQpw

So I decided to watch some of the episode, to find out how they’d worked the seagull in. Buckle up for a ride through off-brand Disney. 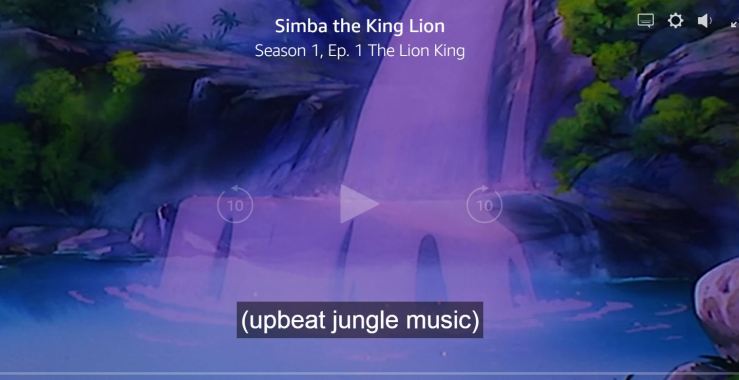 So this sets the tone for what follows – clearly there could quite a straightforward hatchet job about reading race and identity in this terrible TV program, but I think it’s pretty much held up in that one subtitle.

One of my lovely MA students made the immediate connection here

Scuttle, Bambi and Simba really tried to secure a spinoff 😭

Bear in mind we’re still in the credits and we meet Kaa from the Jungle Book: 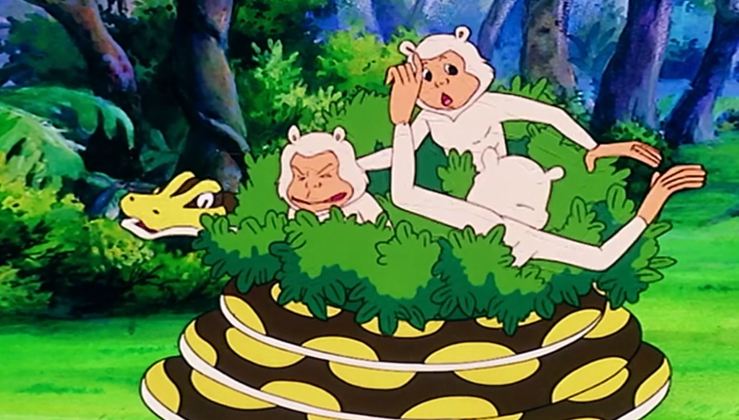 But no no … we’re still not finished because title sequence: 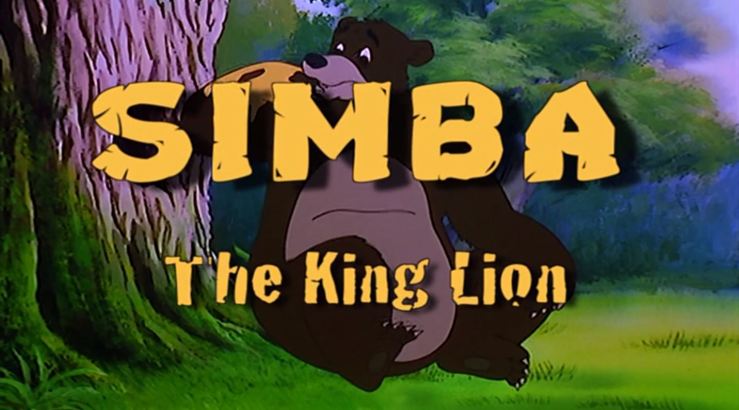 We also meet a Poodle and entirely unrelated deer character before we figure out exactly what has provoked this insanity: 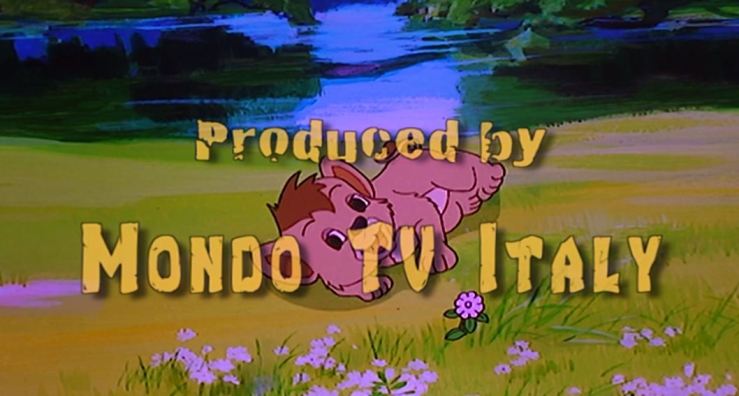 Ah yes, Italian TV in the mid-90s (scroll down to the list of TV programs for ‘as close to Disney as we can get without being sued, and the frankly tantalizingly insane ‘Simba Jr. Goes to N.Y. and the World Cup’). Any we’re now with Simba in the savannah/Jungle/English countryside, when he lays down and enjoys the fruits of whatever he’s just been smoking, and gazes at the stars. Just like in The Other Film where he is inspired by the great beyond … actually no. I have no idea what’s happening here and I think it’s best to leave you to draw your own conclusions. 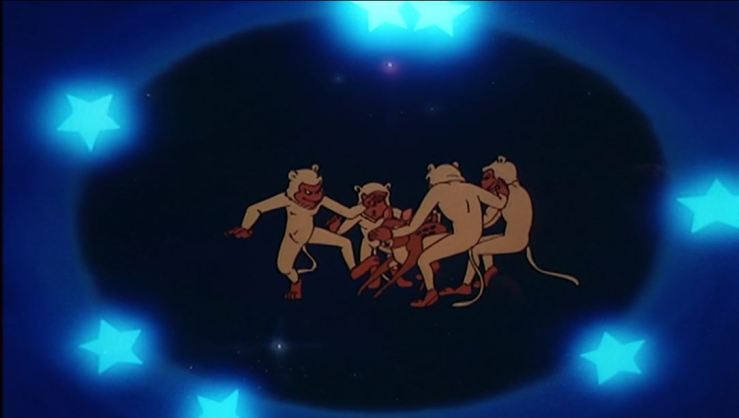 We see Chekhov’s Gun, which is actually just a gun because the lovely scene of Daddy Lion playing with his children is brutally ended when, and I am not making this up, he is shot IN THE HEAD. Blood, kind of more red felt tip pen, runs down his chest: 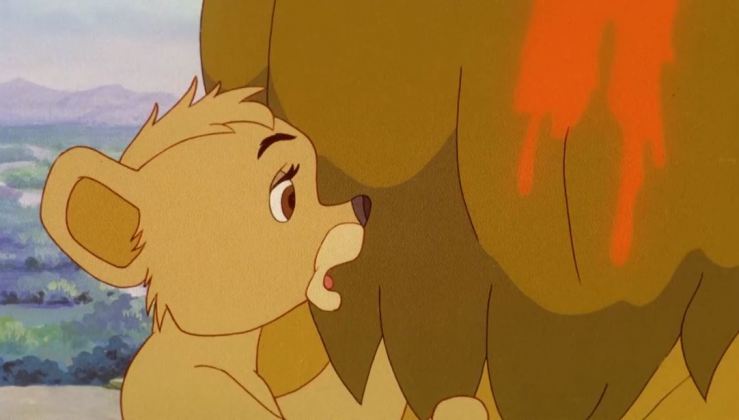 The other animals in whatever hell location this is, the snake and a jaguar, sprint towards the crying lion cubs, then wolves and a bear, and other animals which plainly do not live in the same geographic region, all stand guard as Daddy Lion slips the surly bonds. “My friends I’m afraid my time has come” so far, so Lion King, “protect my children from “Shere Khan”. Ok so now we’re definitely in the Jungle Book? After sad crying animals (and howling wolves)…

CUT TO: hyenas advising bad Shere Khan the tiger. Your plan has been successful etc etc, you lead the hunter to him, now he’s dead, villainous villany.

Back to a council of wolves plus any other animals the animator was willing to take a stab at drawing:

Who will bring up the lion cubs? Baloo (the bear, and he’s actually called Baloo, it’s not a coincidence) says well it’s obvious, wolves are the best, your niece just raised Mowgli. WHAT EVEN IS THIS PLACE. While all this chit-chat goes on, they lose Simba, Baloo says, ‘I sure hope he isn’t in any danger’. Baloo, this is what we call dramatic conflict, and he’s going to be, it’s best you accept that. They ask Ludwig the crow if he’s seen Simba, Ludwig is inexplicably wearing a top hat but if you’re looking for reason you’re in the wrong place.

They find Simba sleeping on a ‘jungle trap’ (some sticks over a hole), fuck knows what he’s dreaming about at this point. A daring rescue is planned, whereby another stick is pushed under Simba.

They can’t wake the poor sleeping Simba up, so the Elephant water-hoses him with his trunk. He remembers his father is dead, and the animals remind him about Bad Shere Khan.

Cut to, and I mean I can’t believe this is what they cut to – about 30 “monkey like” figures. The animator was not clear on which chimp type figure to go for, so went for ‘human who didn’t take anti-worming tables’: 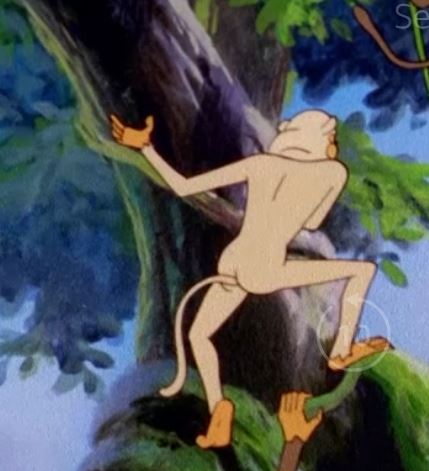 Turns out – the monkeys are in with the evil Shere Khan, and happily agree to murder the cubs. Again, another insane cut, to Bambi and Simba, going for a stroll, where Bambi explains his terrible life story: 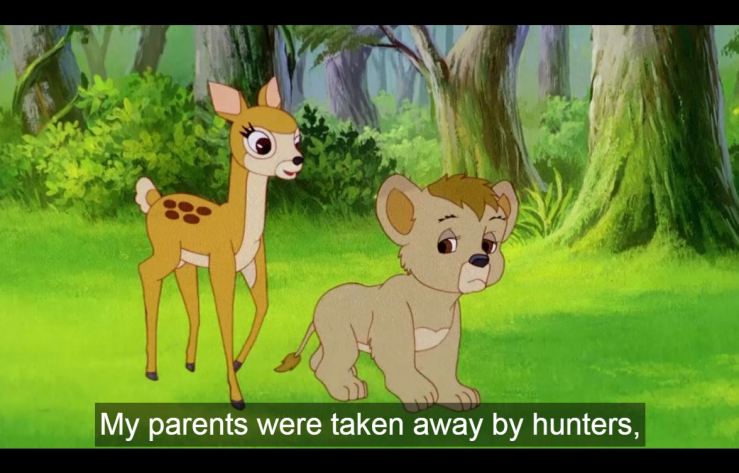 At this point my main question is why does Simba look like a Care Bear? Time passes, bedtime comes, and Owl from Winnie-the-pooh arrives to read a bedtime story. Maybe Owl was the seagull? Maybe they just bring in the seagull. Nothing is impossible here. 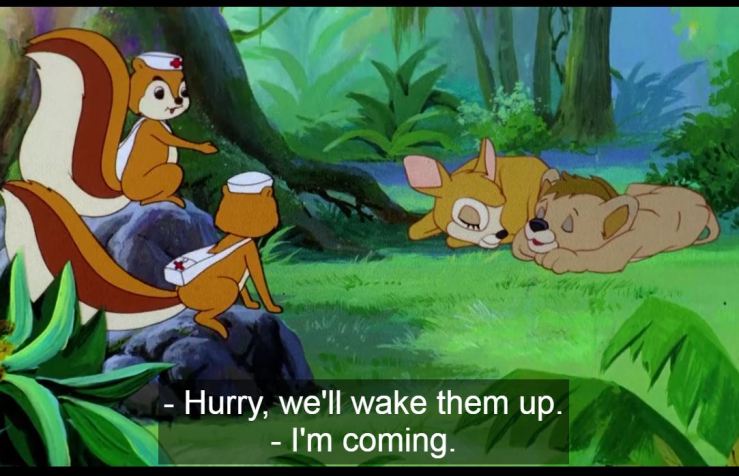 Our beloved heroes, such as they are, are woken up by insane Chipmunk nurses, who offer them their ration of delicious leaves. Kids: don’t take leaves from Chipmunk nurses, no good will come of it. Soon afterwards, Simba is talking to butterflies, and they talk back to him explaining, with more patience than he deserves, that he can’t fly because he doesn’t have wings. Having established that, this happens. 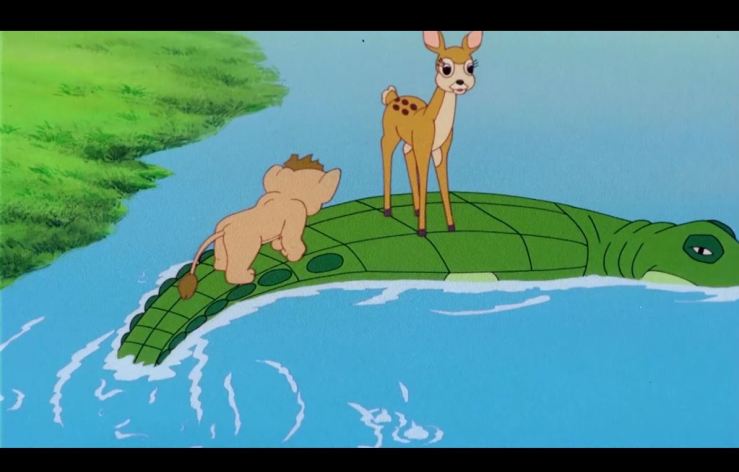 The evil-minions see and tell Shere Khan that the spirit of the Lion King has come to demand his franchise back, and his son can now walk on water. The intertextuality engine is melting.

Their renewed plot to kill Simba continues, meanwhile, the Wolf mother thinks back with the golden glow of memory (this isn’t a metaphor, they just put a yellow filter on) to that time when The Lion King saved her son from Bad Tiger. Who I would also be afraid of since he has laser eyes. 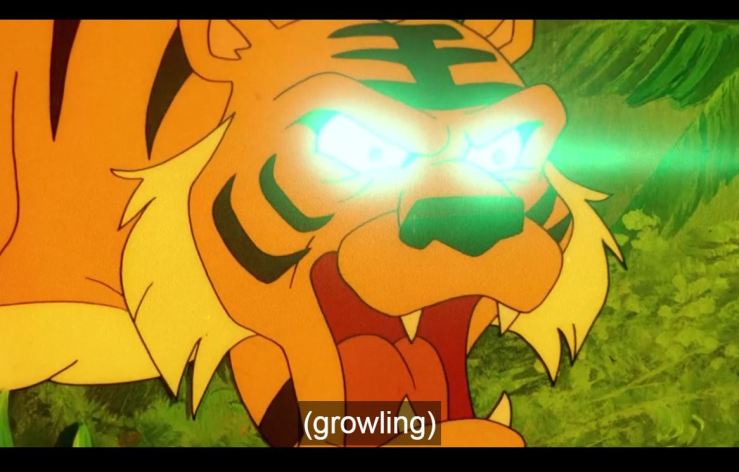 She vows to take care of her rescuer’s cubs. Cut to voice over, with the reassuring reminder of what we have learnt (don’t eat leaves from chipmunks?) and then Amazon Prime tried to make me watch the next episode, and I draw the line at two of these things: 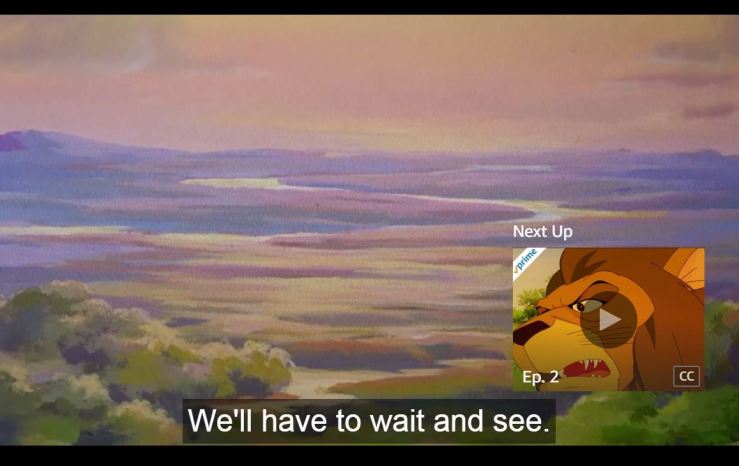 Excuse me, I’m off to erase the memory of that monkey from my mind by whatever means necessary.

Sarah K. Whitfield is a music and theatre researcher, dramaturg, writer and digital humanities scholar. Her research focuses on exploring the historiography of music and theatre, and recovering the work that women and minoritised groups have done through archival research and digital humanities. She has published widely on collaborative practice in musical theatre, film musicals, and in queer fan studies. Her most recent books are the edited collection Reframing the Musical: Race, Culture and Identity (2019), and An Inconvenient Black History of British Musical Theatre 1900-1950, co-written with Sean Mayes. View all posts by Sarah K Whitfield